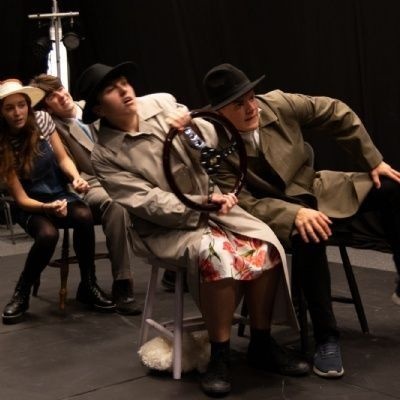 “This week, senior Drama students from Westcliff High School for Boys took to the stage to perform an adaptation of Alfred Hitchcock’s 1935 film The 39 Steps. With only six actors on stage playing multiple roles, this was an acting challenge to which the students, all from Years 11 to 13, rose in full. Leads Lewis Seal and Kirsten Banks kept the narrative going in fine style as Richard Hannay and his new girlfriend Pamela while Jack Hudson, Dexter Legon, Maximilian Rowe and Jacob Guyler rose magnificently to the challenge of playing hundreds of parts between them including a villainous Professor, a wild Scottish crofter, a virtuous Scots maid and a mysterious female agent, as well as numerous policemen, porters and pilots. The backstage technical support, led by James Clark, was superb and there were even more technicians giving support than actors in the limelight. This demonstrated the School’s commitment in its Learner Profile to developing collaborative and supportive students who are open to opportunity, a commitment that is, judging by this showing, highly successful and praiseworthy. The show was performed in the School Library at Westcliff High School for Boys, which had been converted for the week into a characterful black box theatre, a venue that has considerable promise and potential. An increasingly packed audience over the three nights of the run clearly enjoyed both themselves and the string of Hitchcock and Bond film references. Everyone concerned was delighted to be back in action after the lengthy period of Covid, which has interrupted so much in education, not least in Sport, Music and Drama.

Ben Jeffreys, Director of Drama, said “We are very proud of our extremely busy productions schedule at Westcliff High School for Boys and the brilliant students who perform and give technical support to such a high standard. These actors showed that Drama is absolutely booming at Westcliff, in the very safe hands of some highly talented performers and technicians. These actors have thoroughly enjoyed being back on stage and are all looking forward to their next challenge, that of staging the Andrew Lloyd Webber musical Joseph And His Amazing Technicolour Dreamcoat in March 2022 in our School Hall.”

Mike Skelly, Headmaster, said “This was an outstanding production and I thoroughly enjoyed the evening. The energy and talent of our actors was a delight to behold. This was a light-hearted homage to a wonderful period movie, a feature being more characters than cast. Time and again the cast changed role before our very eyes and I commend the experienced cast as they pulled this off with aplomb. I would also like to thank Ben Jeffreys, our superb Director of Drama, for dedication and skill in working with the actors to perfect their performances, and for bringing his tremendous energy and creativity to the direction of this fantastic production.” 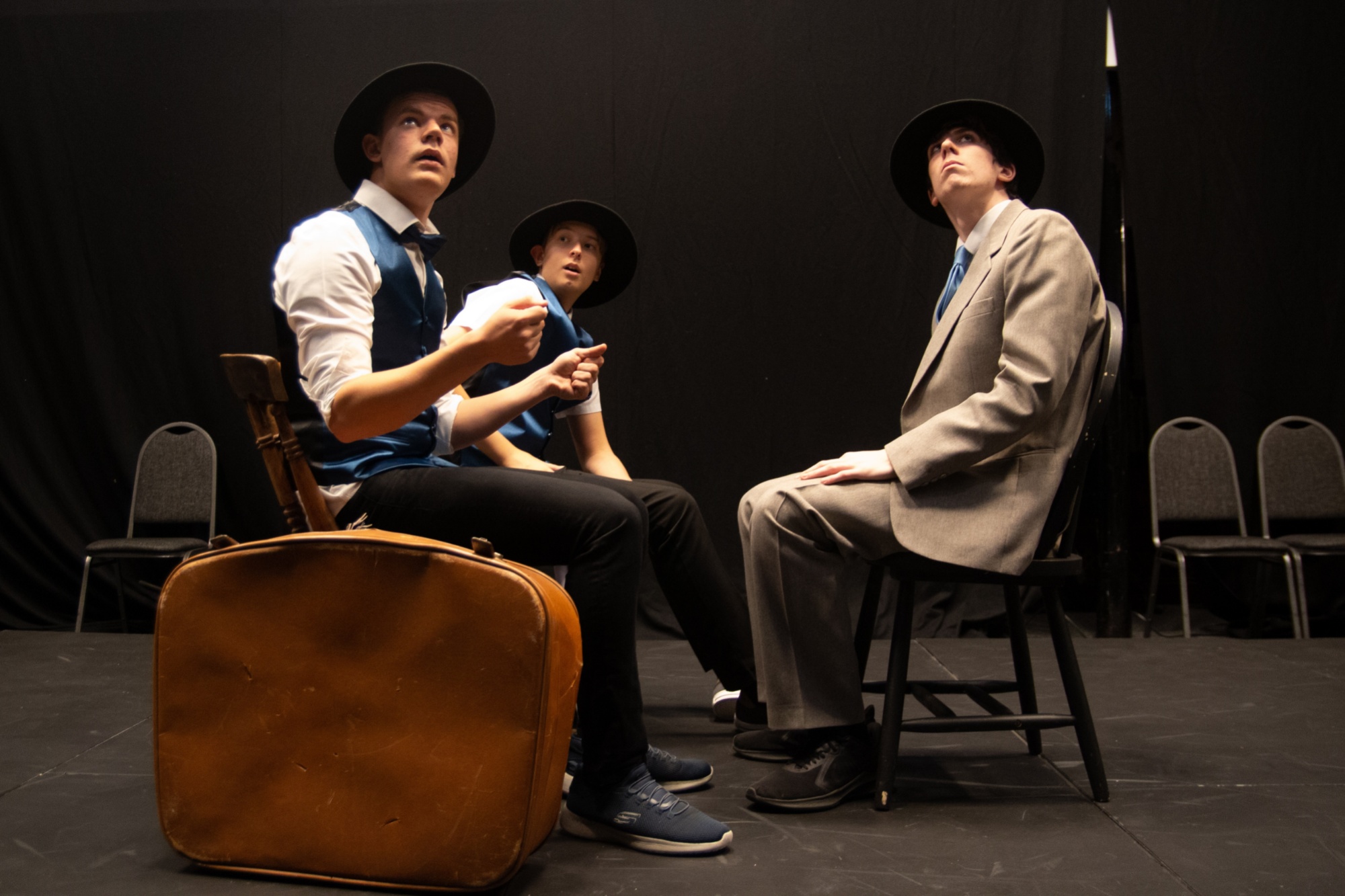